Albert Einstein was 26 years old when he derived the equation E = mc2. Niels Bohr was 28 when he proposed his theory of the atom. Barbara McClintlock was 29 when she discovered that chromosomes form the basis of genetics.

Ten years ago, the National Academy of Sciences (NAS) issued a report highlighting the obstacles that young biomedical scientists face in launching their research careers. Failing to resolve this situation, the NAS report warned, will jeopardize the future of biomedical research in the United States. Now, a decade later, the situation has grown steadily worse as funding for medical research becomes increasingly scarce. 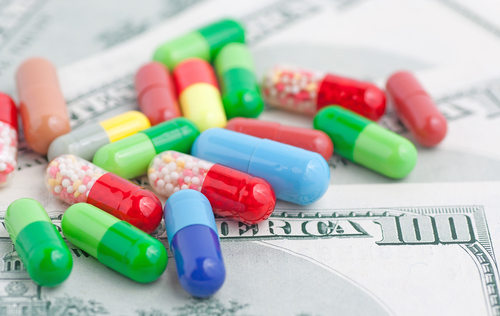 Without their own funding, young scientists are precluded from starting their own research labs, pursuing lines of research about which they are passionate, and launching independent and/or academic careers. Considering this dismal landscape, it comes as no surprise that many of our brightest and promising researchers are abandoning tenured positions in academia to work in the pharmaceutical and biomedical industries. “The departure of young scientists from the academic biomedical workforce,” writes Ronald Daniels, “poses grave risks for the future of science.” As Daniels explains in PNAS, the gradual evaporation of new discoveries and therapeutics could soon become a reality.

As policymakers figure out ways to combat this troubling trend of fewer and fewer grants being awarded to young scientists–nonprofit organizations and research groups are taking steps to ameliorate the shortage of research dollars. In anticipation of the holiday season, many organizations are taking advantage of what’s become known as #GivingTuesday, a global day of giving fueled by the spirit of generosity and the power of social media and collaboration.

The departure of young scientists from the academic biomedical workforce poses grave risks for the future of science.

Giving Tuesday, which started in response to the widely-publicized shopping events Black Friday and Cyber Monday, represents the beginning of the charitable season. Here in the U.S., Giving Tuesday is the Tuesday following Thanksgiving, which falls on November 29th this year.  To cultivate and raise awareness, the Cancer Research Foundation is launching its own #GivingTuesday campaign, an effort to inspire others to join the fight against cancer through supporting innovative cancer research, the ammo in that admirable fight.

Join CRF tomorrow on Tuesday, November 29th–#GivingTuesday–in a show of solidarity for young researchers working to cure cancer. Here’s how you can get involved: