A Spotlight on Urban Pollinators

Previous Next
A Spotlight on Urban Pollinators

Shortly before the holiday season, the Pratt Manhattan Gallery launched “Nectar: War Upon the Bees,” a visual exhibit which explores the destructive impact that our food production industry has on these important insects. The show examines the disruptive effect of current food industry practices which are threatening the valuable role of pollinators in our agricultural ecosystem.

As far as insects go, our pollinators are relatively small, often live near humans, and facilitate one of the most basic and essential processes on the planet—plant sex.

Weeds they are not. They might be scraggly looking, but wild plants do a lot to support pollinator bees in American cities. As people who visit the Nectar: War upon the Bees exhibit learn, some 90 percent of flowering plant species depend on animal pollinators for reproduction.

Joining seven yellow-faced bee species which were placed on the endangered species list in October 2016, the U.S. Fish and Wildlife Service gave the same designation to the Rusty Patched Bumblebee earlier this month. The new categorization is considered significant, as the Rusty Patched Bumblebee is the first bee species on the list which is native to the continental United States (yellow-faced bees are native to Hawaii).

The listing will protect the rusty patched bumble bee from habitat destruction and other activities that could cause its extinction. The Fish and Wildlife Service has the authority to develop and implement a recovery plan for this bee, a species which serves as an important pollinator of crops like cranberries, blueberries, apples, and alfalfa.

As more pollinating bee species inch closer to extinction, measures to preserve and rebuild their populations are growing more urgent. That urgency is seen and felt in the artwork featured in Nectar: War upon the Bees. The nine artists showcased in the exhibit explore the societal and agricultural importance of bees and also call attention to the destructive human and cultural forces which are driving these pollinators’ demise.

Because a mounting body of research indicates even densely-populated cities can provide suitable habitat for some species of insect pollinators, the Pratt Manhattan Gallery exhibit brings up an important question: what role can cities (and citizens) play in bee activism and conservation? What kind of policies can be enacted on the local, municipal level to facilitate the creation of green space with appropriate habitation? What can we do to reduce pesticide use in our cities? 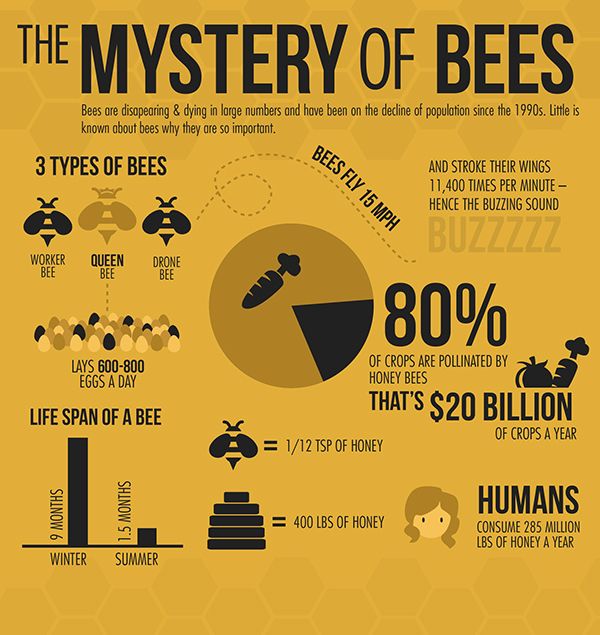 If you too are concerned with the above questions, consider checking out other projects shining a light on the importance and agricultural value of urban bee populations: