David Kinnear: For Bees, The Struggle Is Real

Previous Next
David Kinnear: For Bees, The Struggle Is Real

On October 3rd, the U.S. Fish and Wildlife Service announced that seven species of Hawaiian yellow-faced bee will be put on the endangered species list.

Researchers hope the bees’ endangered status will raise awareness and urgency surrounding their threatened existence. That bees now have federal protection in the U.S. is a positive development. And yet, it was almost a decade ago that scientists began to observe the rapid decline in both domestic bee populations and those found abroad. The actions taken earlier this week by the U.S. Fish and Wildlife Service, while admirable, may be too little, too late.

Many of us think of bees as nuisances, or fear their stings. It’s too easy to forget that these little insects pollinate our food supply. In a very literal way, bees are the guardians of our ecosystem–and they are integral to its functioning.

Approximately 84 percent of crops grown for human consumption worldwide – roughly 400 different types of plants – need to be pollinated by bees in order to maintain sufficient yields and quality. This includes nearly all fruits and vegetables, nuts, plants like rapeseed and sunflower (before they are pressed into oil), as well as cocoa beans, coffee beans, and tea. And let’s not forget crops that are grown for cow and livestock feed–these plants also require pollination–as do plant-based fibers that aren’t food, like cotton and flax.

Bees are not just integral to our food chain and the biodiversity of our species; these insects are responsible for pollinating $170 Billion of crops annually. Their economic significance is huge. 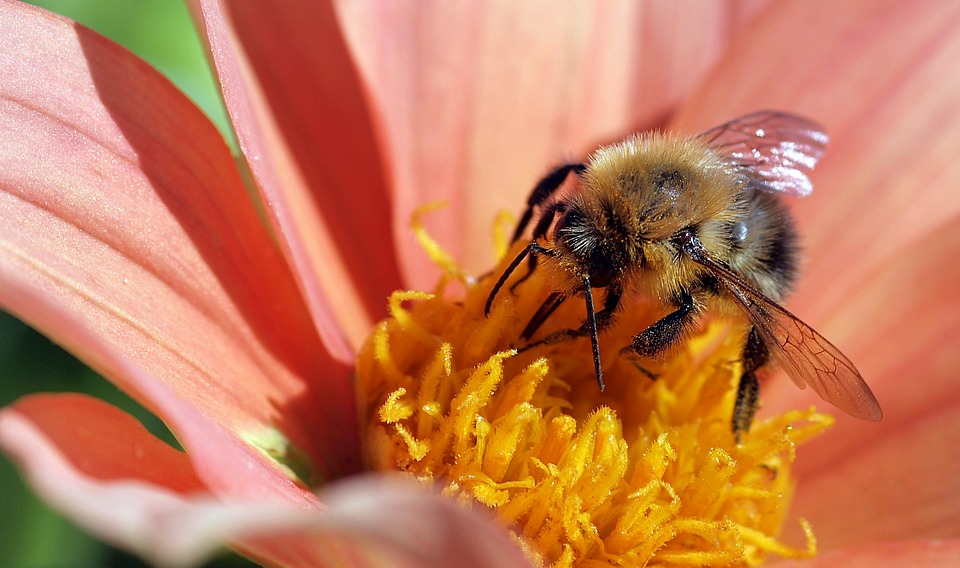 Scientists have struggled to understand why bee populations are dying at such unprecedented rates. While beekeepers expect their hives to experience a margin of loss from season to season–a typical decline hovers around 17 percent annually–their losses in recent years, on average, have more than doubled.

What is behind this steep drop off? Entomologists believe these factors have played a significant role:

Conservationists and entomologists have commended bees’ new designation as an endangered species. The new designation echoes a larger effort in the U.S. to recognize bees’ importance and follows the Obama administration’s releasing its National Strategy to Promote the Health of Honeybees and Other Pollinators in May 2015. Here’s hoping that additional research into the issue will be conducted, and that legislators will take heed and follow suit with more action-oriented efforts to protect all species of bees.